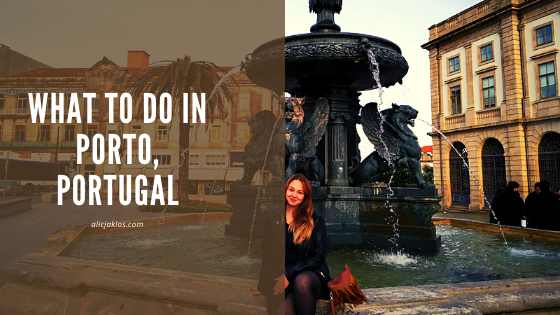 Portugal, Portugal… It was on my dream list for a long time but I could never find a good time to go there… Or a proper amount of money. For that reason, I’m really glad that tickets from Madrid to Porto were ridiculously cheap (45e both ways) and I had a chance to visit such a stunning city as Porto. Or, in this case, the more accurate word is “magical”.

There are rumours saying that J.K Rowling wrote some chapters of the first “Harry Potter” book in Porto. That would explain why I consider this city as special and magical. Maybe she had the same feelings? Regardless if the rumours are real or not, one thing is sure – you can definitely feel the atmosphere of a Portuguese culture. Frankly, I was surprised. I used to think that Spain and Portugal are quite similar but oh well, how wrong I was!

Our Airbnb flat was close to the city centre. It was placed in a lovely, narrow street full of cats. To have a breakfast, we went to the nearest coffee shop. We took a coffee (only 1e) with pastel de nata – typical Portuguese dessert. It was an excellent choice to start a day.

After that, we could start discovering the city and believe me – there is a lot to discover.

To be honest, I’m not the type of person who is going from A to B with a guide, trying to check every church or cathedral from the list. It’s not my way of travelling. Instead of that, we decided to take a walk through the whole city and see how Portuguese live. Luckily for us, Porto is a perfect choice for wandering. Obviously, it’s a lot of up’s and downs, so be ready for that and better choose comfortable shoes. Nevertheless, thanks to compelling views, you will forget about the pant. The photo right here shows the river Douro which you can see from the double-deck Dom Luís I bridge. 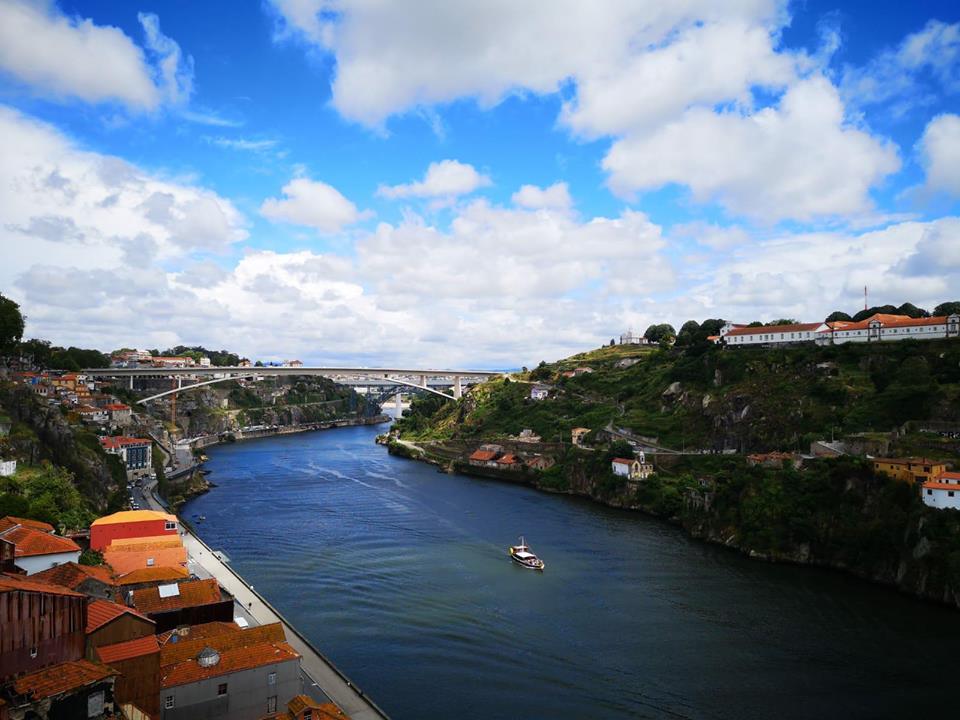 I definitely recommend taking a walk next to the river – it’s absolutely stunning. Not gonna lie, it’s also full of tourists.  If you want to take a nice photo it’s a chance that you’ll have to wait in the queue.

The atmosphere in this place is really charming

Especially during the night when you can see all the lights. Porto at this time is absolutely spectacular. For me, personally, it was a  perfect place to sit during the evening and try Portuguese wine. Of course, for a poor student like me, it’s not the cheapest option of them all (because of the popularity of this place) but I assure you that’s totally worth it! The absolutely unique atmosphere. 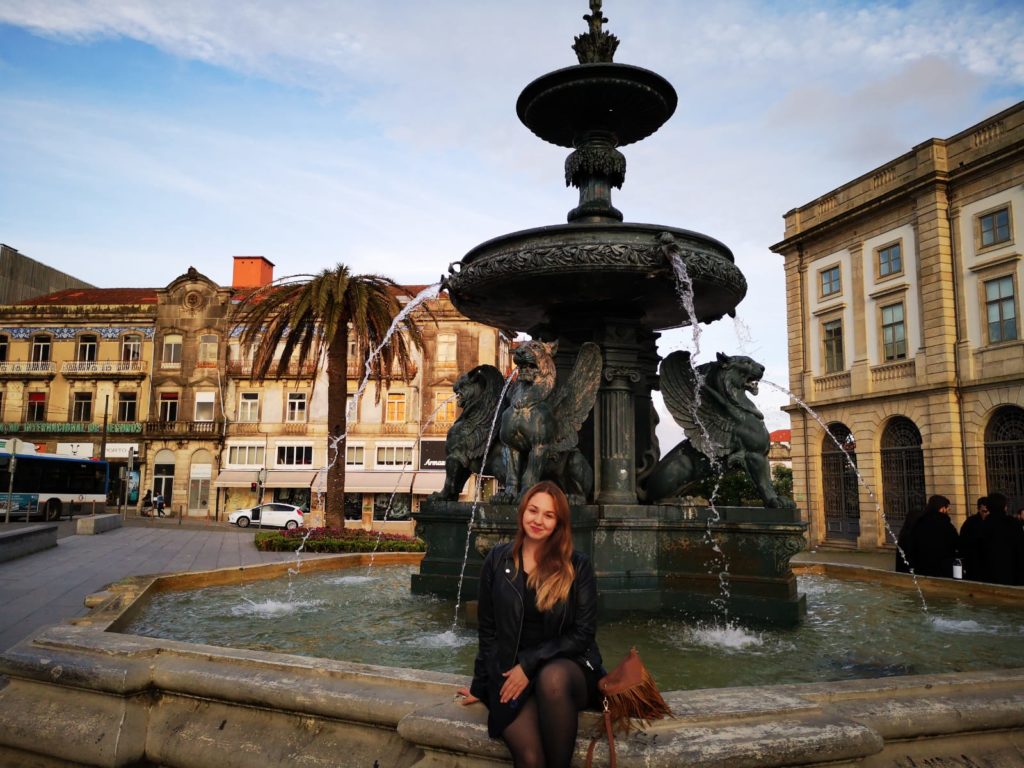 Speaking about that – we’ve found a very nice coffee shop in Vila Nova de Gaia. Unfourtenetley I forgot the name but I think it won’t be that hard to find.  You can see that these views were also magnificent. The coffee wasn’t so good though… 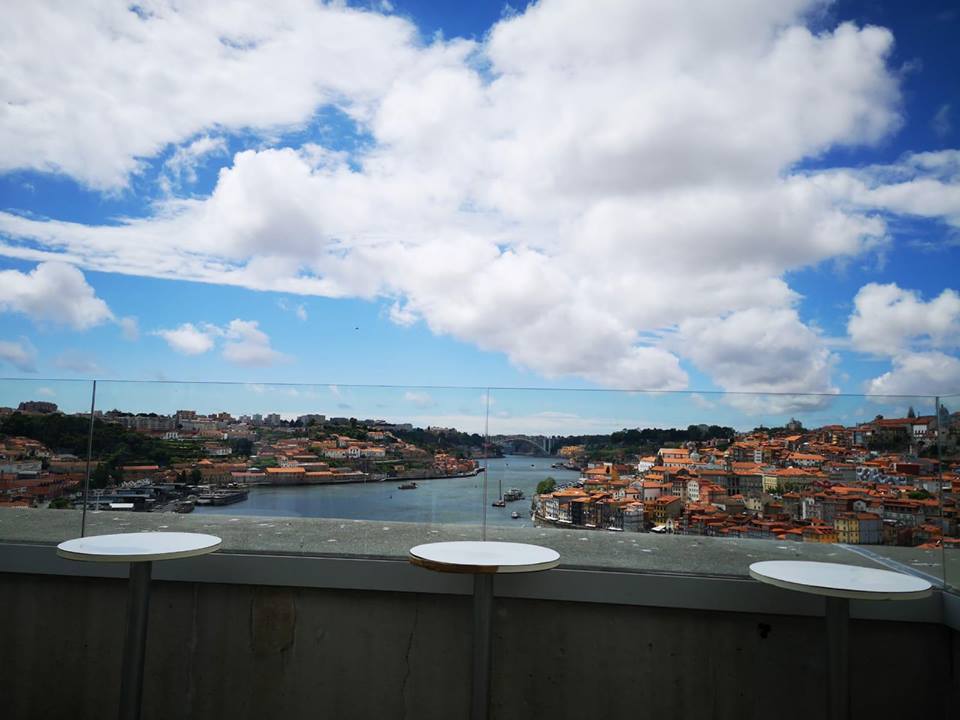 One of the places that I really, REALLY wanted to visit was the “Harry Potter Library” or rather “Livraria Lello”. A bookstore which is reported to be an inspiration for  Harry Potter’s author, J.K Rowling when she was teaching English in Porto. In reality, this bookstore is one of the oldest in Portugal and claimed to be one of the best in the world.

Was it worth that 5 euros? It’s not much but if I could turn back time, I think I’d prefer to spend that money in a different way. Like for wine or something… In my opinion, it was a little bit overrated. Although, you have to notice that I had high expectations. Maybe that was a mistake but well… 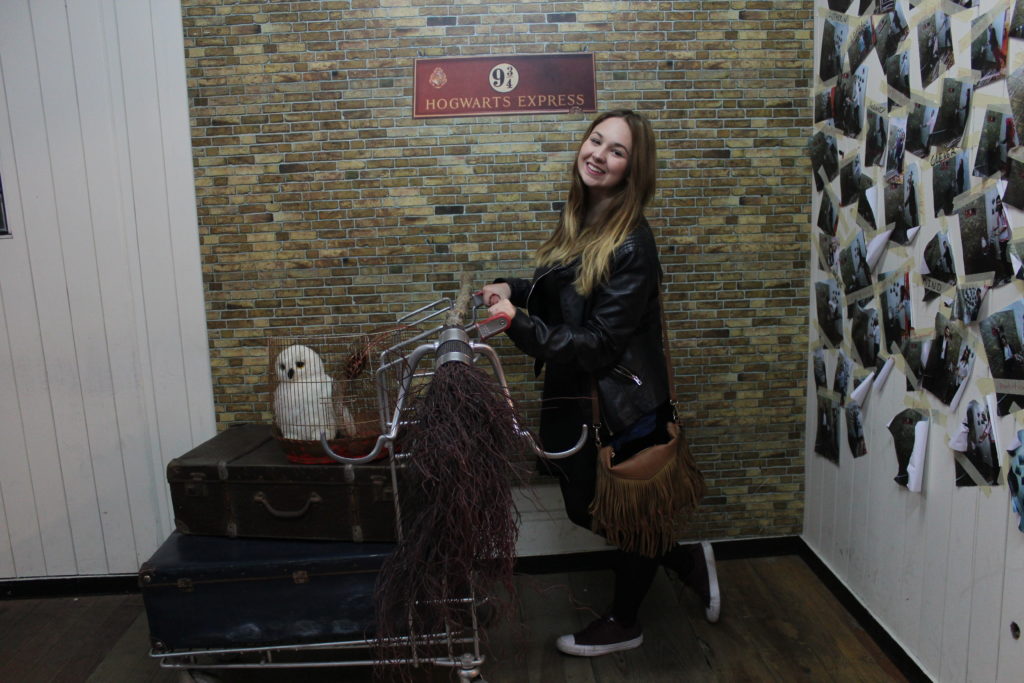 First, you have to buy the ticket which takes only a few minutes. There aren’t a lot of people, you can also take some photos, such as the one above. Later, you have to wait for a long time to get inside the bookshop. The queue was quite long, it took about 45 minutes. With your ticket, you have a discount for the book you buy. As I remember correctly, it was something about 5 euros but books were way more expensive than in any other bookshop. The place is really crowded so if you’re easily getting irritated by people bumping into you… I recommend drinking Mellissa before going inside. And just to be clear – I think that the store looks way better in the photos than in reality. 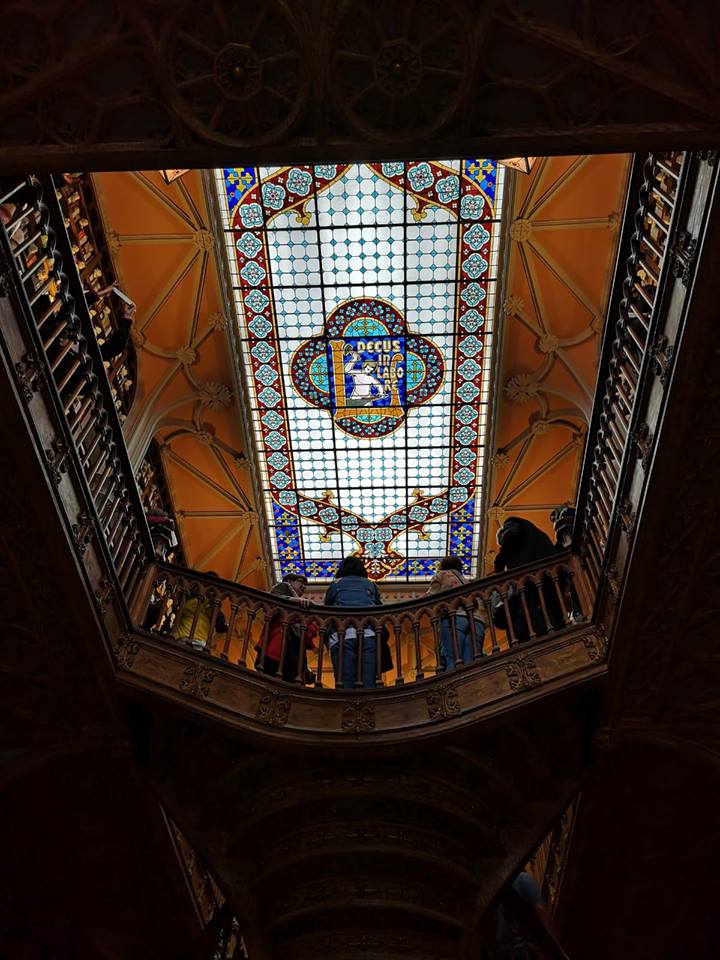 But close to it, there is a lovely coffee shop.  It’s called “Bella Torre” – no problems with finding it! We tried a fish which was delicious and cheap at the same time (4,5 euros). And when you’re in Porto you have to try the fish!

No matter if you’re planning to travel across the country (I really wanted to visit Lisbon as well but once again – a small amount of time and money didn’t let me do it), visiting the São Bento railway station should be on your list. It’s absolutely marvellous! That was also something that reminded me about Harry Potter. More specifically, the platform 9 ¾.

São Bento has about 20 thousand tiles showing the history of Portugal. Pretty impressive, isn’t it?

As you know, I visited Porto during my Erasmus. So I had to go to the place, where I could find my people. Obviously.

One of my best memories is definitely going to Erasmus Bar. It’s a student-friendly place when you can drink tasty coffee, beer and drinks. C-H-E-A-P!

Coconut drink from the photo below is my personal favourite. As you can see, it was quite huge. The price was 12 euros. It was definitley enough for four people so finally paid only 3 euros per person. The owner and waiters did their best to make this place Erasmus friendly. They gave us a notebook in which we could write a song that we would like to hear – from our countries obviously.  If you’re looking for a multicultural place rather than something for local people, I truly recommend that place. If I were living in Porto, I’d definitely visit that bar a lot! 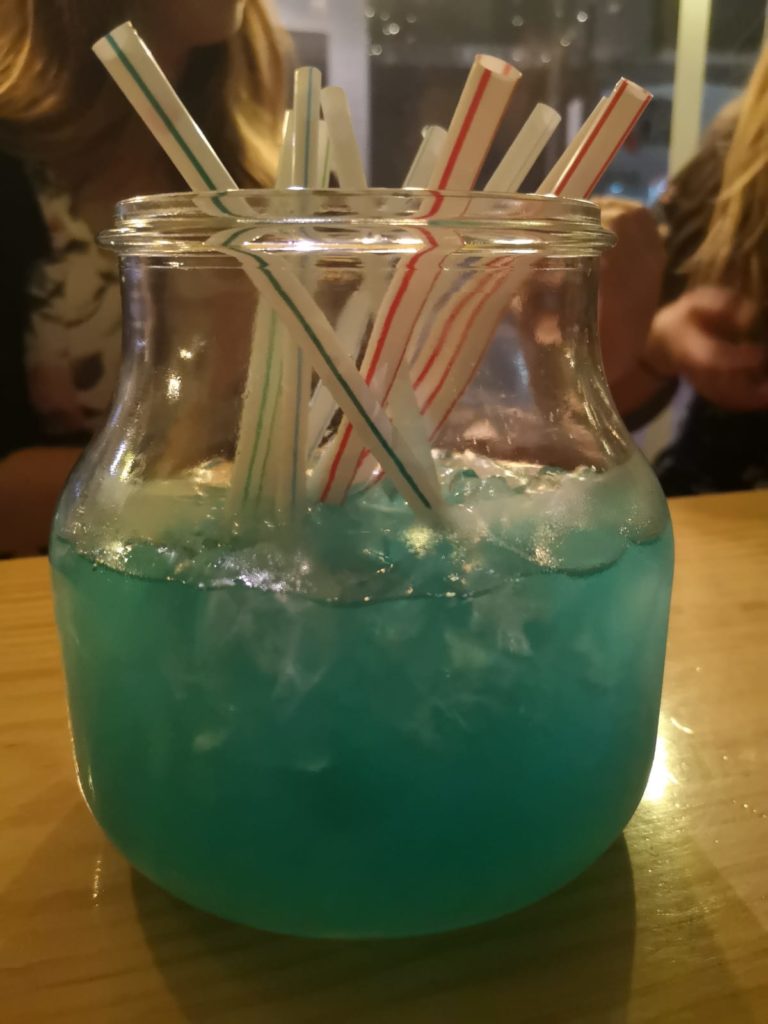 What about the nightlife?

I will be honest – we were lucky.  We got an invitation to a club called “MoreClub”. I truly recommend you that place, we had great fun, even though it was quite crowded.

Surely you can find also a nice place where you don’t have to pay fpr the entrance. In Porto, there is a street full of nightclubs and bars (and also full of tourists I bet). They are obviously smaller than the most popular clubs but you can still enjoy the party. 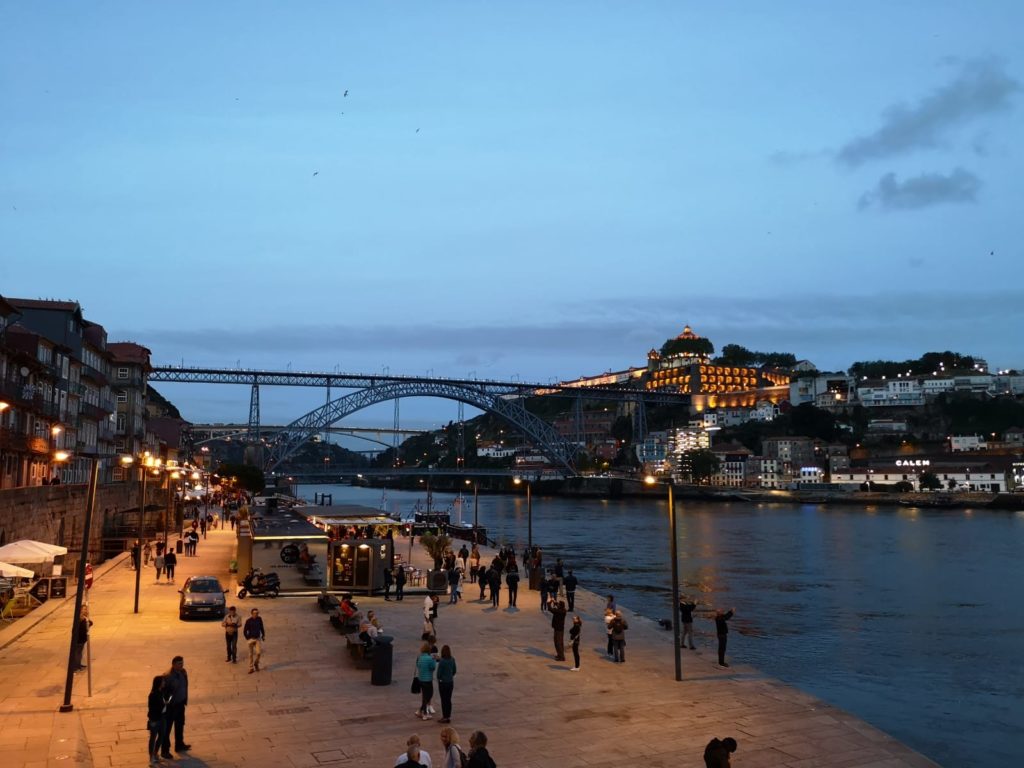 Coming back (we paid about 16 euros for the Uber – city centre -> airport) was hard as I felt that those two and half days wasn’t enough. Do I recommend Porto? Obviously YES! I fell in love in the city and I fell in love in Portugal.  Sometimes I felt like I’m in some small, alluring to its beauty, town. Porto wasn’t very expensive so if you find cheap tickets – definitely worth visiting. It’s hard not to be charmed by this magical city.

5 reasons why Polish girls fall for foreigners
Erasmus in Zielona Gora - everything you need to know
What’s Eindhoven like: 3 reasons why I love Eindhoven 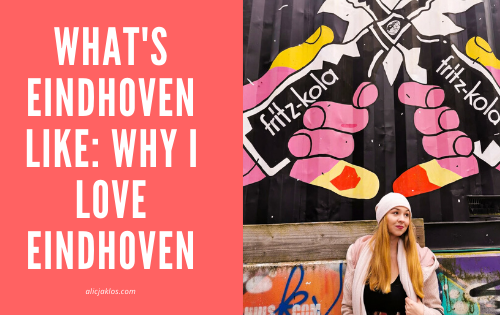 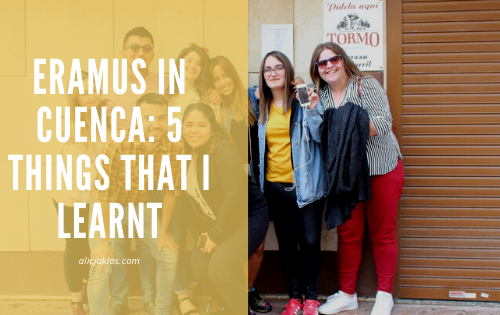 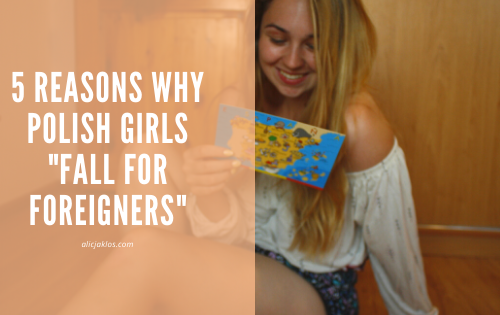