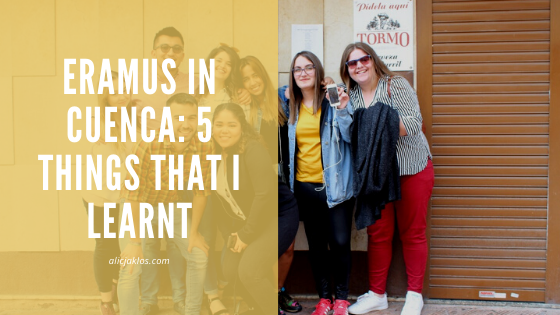 Talking about my memories and thoughts from Erasmus in Cuenca is like trying to convince fanatics of conspiracy theories that the Earth is not flat – very difficult. Some things just can’t be described by words but I’ll do my best.

So today I will tell you about some stuff that I’ve learnt during my Erasmus in Cuenca, Spain.

What you think about me it’s not really my problem 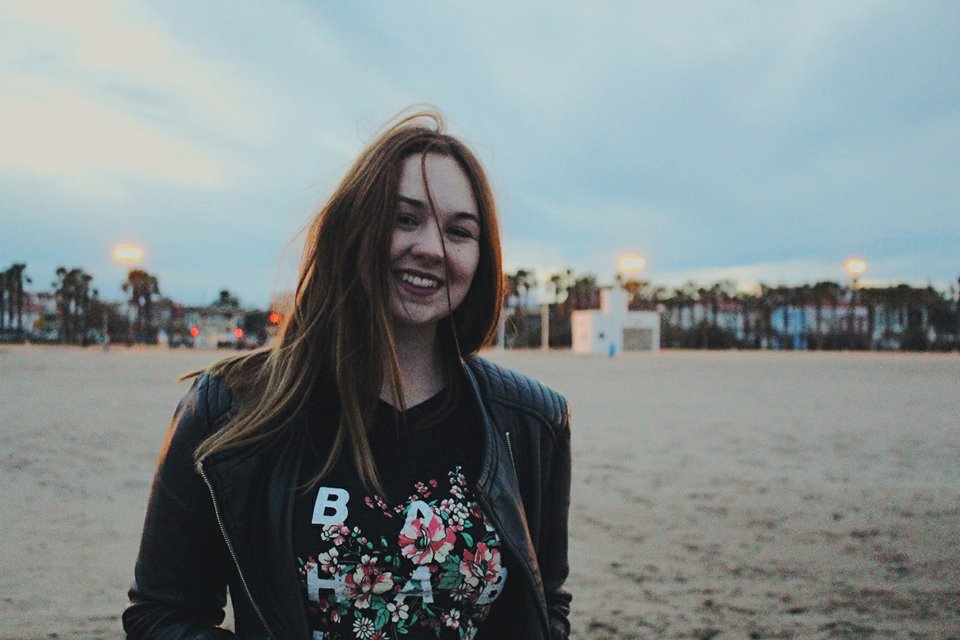 “It’s not ain’t that I’m too big to listen to the rumours, it’s just I’m too damn big to pay attention to ’em” – these are the words of Dr. Dre from “What’s the difference” and I have to admit that I find them very accurate.

In the beginning of my Erasmus in Cuenca everything was different. People used to say “Be careful what you’re doing because  Cuenca is pequeña”. In fact, during first weeks, I was watching closely what’s going on around me. I didn’t care about it THAT much but you know… People are a little bit nosey by their nature. I was also shy and afraid of going out without my friends. I didn’t want to make foolish things or speak Spanish because of one reason – what they will think?

How was it after a few months? Well, totally different.

My friend once said: “Fuck it, I’m not even in my country!”

Exactly! At this time I thought that I shouldn’t care about other’s opinion as I’m gonna stay here only for a short amount of time. Most of people don’t really care about it at all. The fact that you got drunk at the party might seem like the end of the (social) world but in reality, it doesn’t. People have their own lives and their own problems. So basically, they don’t think about that kind of incidents too much… However, if they do, then maybe you shouldn’t be friends with them?

Of course, I’m aware that it’s easier to live that way on the journey that has a specific ending date than in the city where you normally live. Nevertheless, we shouldn’t take life too seriously.

Just don’t get me wrong. It’s not okay to make yourself look like a total idiot but it’s also not okay to be worried about all the world’s problems. Why? Let’s move to number two! 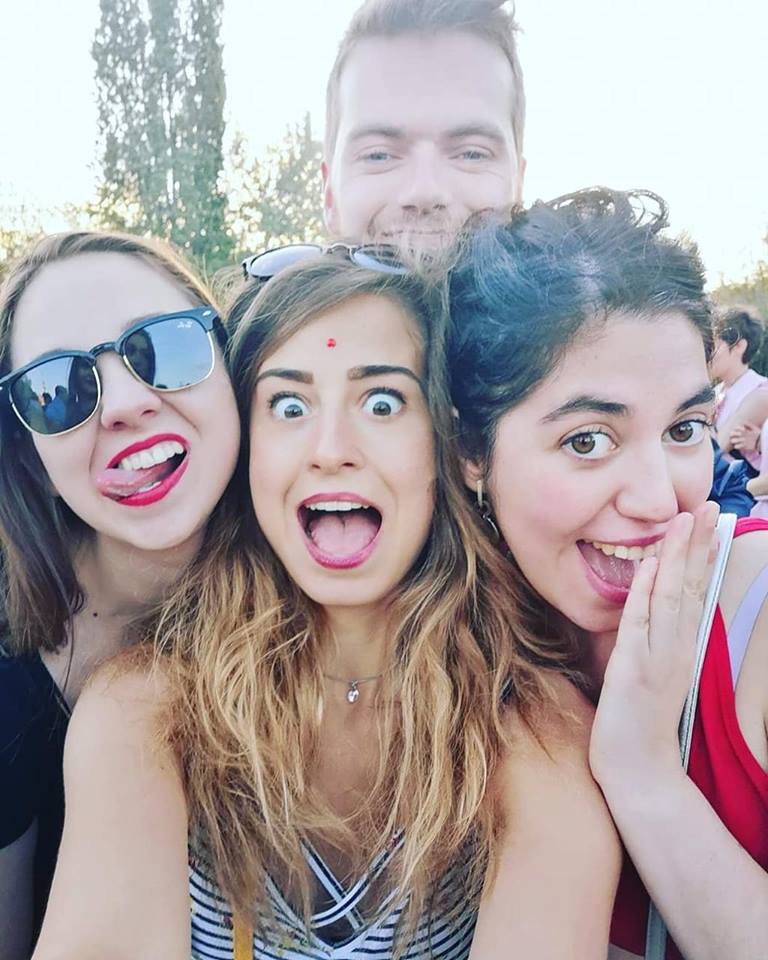 Do you know this scenario – a friend suggests to go somewhere, let’s say to the seaside, and everyone is super excited, positive and generally want to go? And then it turns up that finally no one can make it and everyone spends the weekend, checking if they already have more than two double chins.

It happened to me several times. Several times as well I didn’t go to a party or rejected an invitation because I was too lazy to move my ass out of the house. Usually, I regretted that. Of course, sometimes I decided to go and I also regretted it but well, at least I tried. Nevertheless, normally I came back home with good memories.

Personally, I think that sometimes all of us should act like a guy from “Yes, man!” (which I recommend, by the way, such a positive movie).

Alright, you don’t have to agree to EVERY proposal (actually, you seriously shouldn’t do it). You don’t have to go out every day or even every weekend. Everyone has a right to feel bad or tired. If you feel better staying home and you don’t think that you’re missing something because of that, then great. It’s important to act according to your preferences and do whatever you think is right for you.

But if you have those thoughts that you’ve missed something, then think about it. Be careful because one day you might wake up and realise that actually, nothing special has happened to you. I wish that in the future my photo album will be filled with photos from parties, festivals, events, meetings with my friends, travels and simply, good moments. Not only pictures of my grumpy cat . Youth has its own rights, I said it before. So maybe we should appreciate that and do the things while we still can? 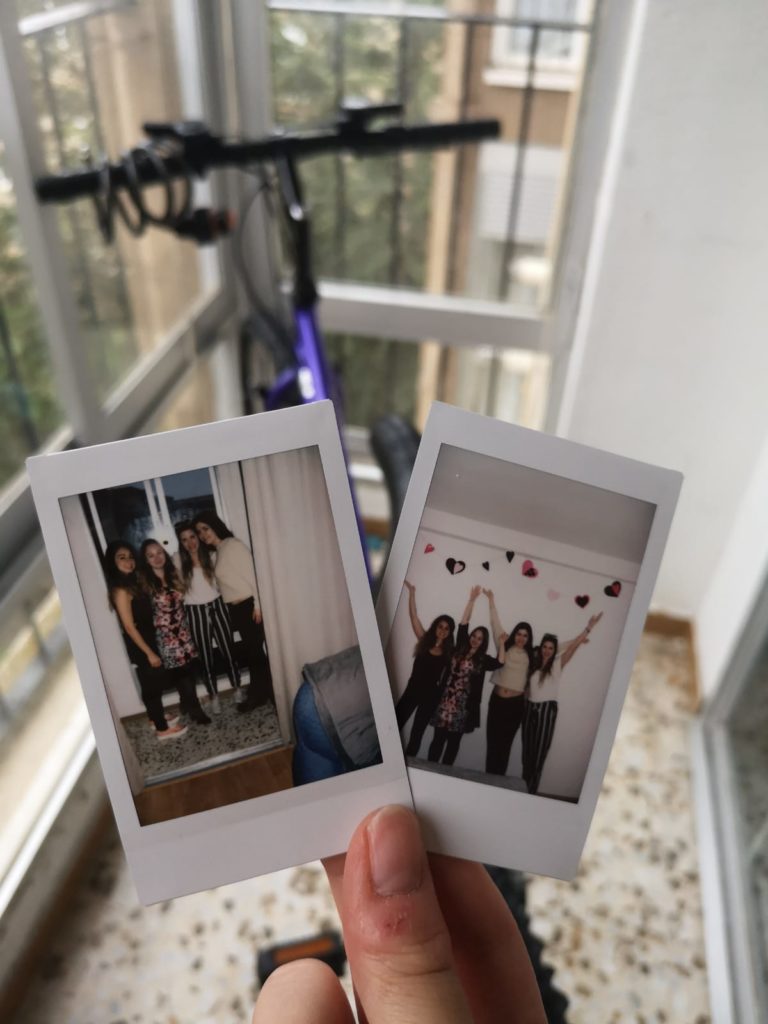 Erasmus in Cuenca – that folder has about 500 photos. Lately, I printed 300 of them. Ufff.

I think that sometimes I don’t appreciate these normal, everyday moments; meetings for a coffee, taking a walk next to the river*, talking with friends… Just the basic stuff which seems to be so magical after some time because… It already passed and will never come back. Maybe that’s the reason why I like printing photos. In some way, they just keep this moment and I can come back to it every time when I open the album. Of course, I will never forget my trip to Tenerife or Valencia but what about less spectacular but still enjoyable moments? What makes us happy aren’t all those awesome and amazing things but small ones which happen every day. 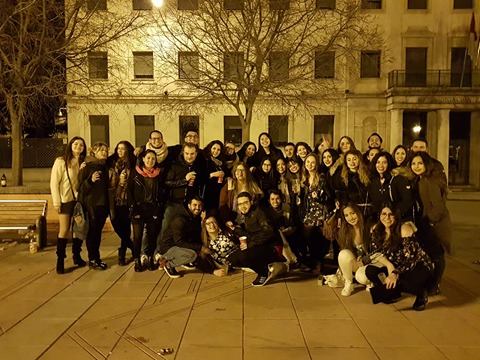 When you finally decide to be Erasmus, then it comes the moment of a real dilemma – where to go? First, you think of the country, then the city… You analyse pros and cons, you think of which option would fit you the best due to economic aspect, language and, of course, which destination can “give” more benefits.

I think I’m gonna write another text about choosing an Erasmus destination (despite it all, it’s still important). Although one is for sure. Whenever you go, you will be happy as long as you will receive love from people around you.

I’m really grateful for every person that I’ve met – even if I ended up with tears because of them.  I can’t even describe by words how thankful I’m and how much all these people has taught me. Actually, previously I also told you how wonderful and helpful can people be even if you don’t even know.

I remember I put a photo on insta stories that I’m in a hospital. Soon I received lots of messages from my friends  asking me if everything is okay. When I was coming back home at night, I met two girls who offered that they can walk me home. They said that it’s quite dangerous to wandering alone at this time. And when I was sitting alone on the bench with  “I hate this world” kind of face, some guy gave me a can of a beer. “I have two of them, so take one. You will feel better” and then he left.

I bet that I don’t have to mention my friends because it’s quite obvious that they were the best thing that could have happened to me. I was f lucky and I hope that one day our paths will cross again. And speaking about that…

It’s not goodbye unless you name it 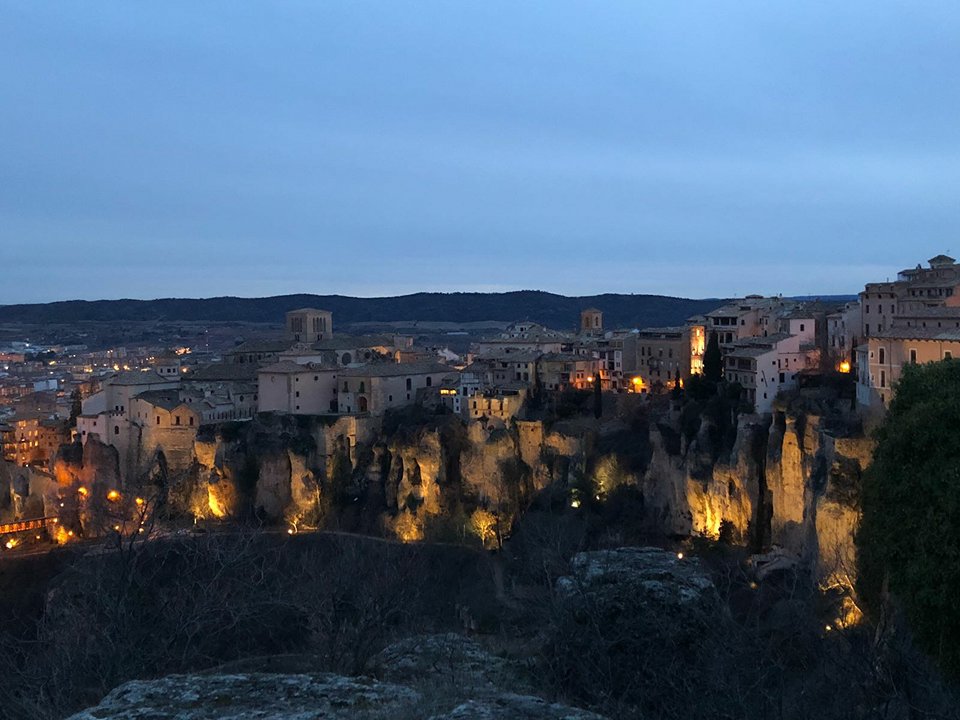 It was small and sometimes boring but still – it’s home! I realised that small cities are great for the exchange so I will recommend Erasmus in Cuenca for everyone.

There is one thing that nobody will tell you about Erasmus and all that kind of experience. Namely, nobody will tell you how damn hard it is to say goodbye. This is what you will know at the very end. When meetings with your friends become more nostalgic rather than crazy and spontaneous. You will no longer say “Let’s go to some new place”; you will rather suggest “Let’s go to our place and take what we always take”. Surely, having your own place is great but only until you realise that soon this place won’t be “yours”. You will come back to your normal life and the adventure will begin for someone else.

One of the most heartbreaking moments of my life was taking the bus to Madrid for the last time. I was saying goodbye to my friends at the station, saying goodbye to the city and finally – to the whole Erasmus in Cuenca adventure.

This is, I bet, the saddest part but at the same time, it’s very important. You see, I had similar thoughts graduating high school or finishing my Au Pair programs in the UK or Barcelona. I used to have that feeling that it will never be that great again. Ever.

Now I know that it’s not true. It will be both great and different.

How can I say “goodbye” to something that it’s not actually ending?

Sure, it’s the end of the exchange but not the end of my memories, experiences or people. Everything that I’ve learnt and everything that I’ve experienced will stay with me. Just because my friend is going back to a different country doesn’t necessarily mean the end of an amazing friendship. It can be the beginning of new adventures. Visiting another country, knowing a new culture or planning something awesome together. Erasmus isn’t something which has an expiry date; it’s something that stays with you. For that reason I prefer to say “See you someday!” rather than “Goodbye”. I know that half of them I will probably never see again… But I also know that in life you will experience many plot twists so… You never know. 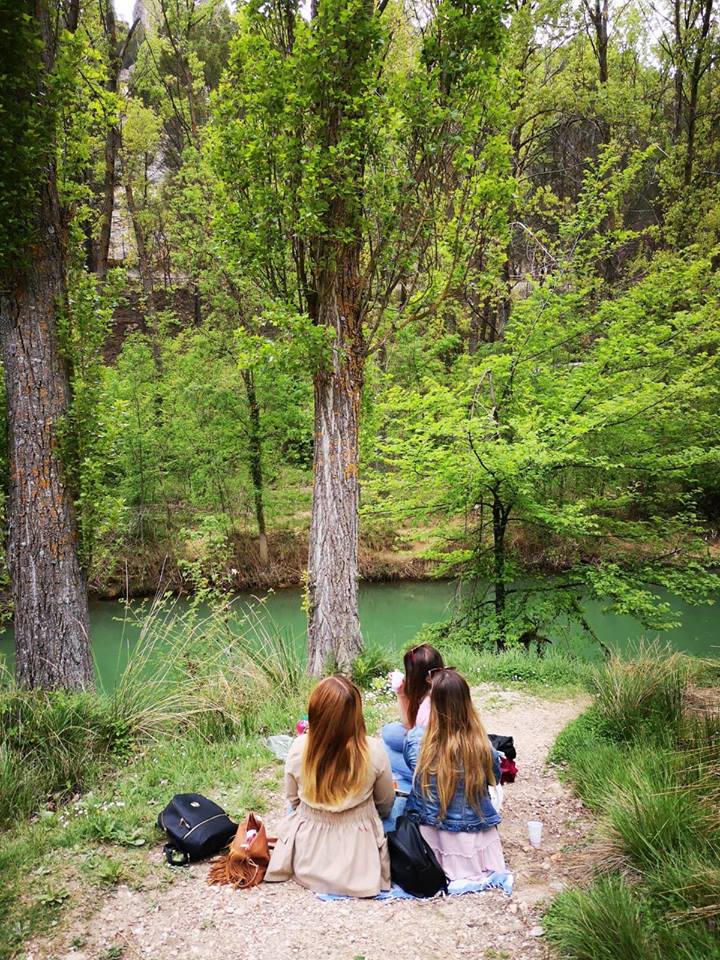